There are two kinds of problems: My fries are soggy but I need to eat them anyway problems or this is making my existence harder kind of problems. Today, I’m telling you about the latter.

So I have this problem, which will sprout into multiple problems by the end of this blog post, but we shall begin by one.

I don’t fit in. I cannot. It is, I’m convinced 100%, impossible. I turn 19 in exactly ten days and can I tell you, I have not fit in all ten-days-to-19 years of my life. In the easiest way to explain this, I stood out. I was the friend who did not have inside jokes, who did not hold hands when crossing the street, who walked behind two friends on a sidewalk if there was no space for three.

But if you are drenched in rainwater the sunlight hits you a little later than when you need it. Yes, it hits you, no doubt. But usually, you’ve rung yourself out before it does. So now you’re left dry, by your own actions. I did this to save myself from waiting for something that doesn’t come and as far as defense mechanisms go, this was pretty lame. I know. But you know what’s worse, seeing those around you being drenched in sunlight 10 times more than you are. Talk about lucky!

Anyhoo, so wait or no wait, and sunlight or no sunlight, or late sunlight, what happens is that you tell yourself there is no sunlight. Is this sunlight analogy getting boring? I’ll stop. Well, that’s what happened. I started accepting my fate (as I put it dramatically) and said to myself, you know what? This is how it is. I’m a lone wolf (dramatic, again, I know). But there was a problem with this, told you this was coming. I detached myself. From everything. From the people who made me feel I was unworthy of sunlight (last time, I promise), from experiences that might’ve helped me grow, hell, even this blog! I can’t tell you how long I’ve put off writing here. I distanced myself from the good things too, which is precisely as problematic as you’re thinking right now. Whom did it affect? Me. I masked my distance in saying I hate things, people, situations. Hate, how strong a word, stronger a feeling. Girl, I was off my shit I’m telling ya.

Now this hate brought on another problem, Anger. I was infuriated with anyone who fit in, which seemed to be about 97% of those around me. Bloody hell! I had given up hope of finding a place for me because everyone else felt at home and I felt stranded. Like imagine those movie shots where the character stands in the middle of a crowd as it passes them by, never acknowledging their presence, but this was internal and emotional and well, pure torture. I can’t even count the number of lies I’ve told to keep myself from feeling like this. All I thought was damn those people who have friends, damn those with social skills.

Social skills, a weak point to the entity that is me. I did not want to socialize. Never! Mm-hmm, no can do! I will brood and curse and moan but I shall not socialize. That’s how I spent the first two years of college. And in my anger, I completely ignored the toxicity of this. I’m human, I need an outlet, I need social support, I need to be around other humans. But nah! Then it made me feel like more of an outcast than ever before. Sucksss!

This brought on an inferiority complex. What a damned feeling this is. I hated it. But I was also milking it. And as much as I wished that this was a “one-day-I-woke-up-and-everything-was-okay” story, it isn’t.  But it also isn’t a “nothing-ever-gets-better” story.

Because it did. I did get better.

I was nothing more than who I made myself out to be. And maybe there is this innate “doesn’t-fit-in” quality to me, so what? “Cool!” I decided. That isn’t going to stop me from being me. I mean somewhere in the 7 billion that we are, there are some like me maybe. To continue the equilibrium of being diverse. And even if there isn’t, I am the way I am. And nothing can change that, neither shall I.

You know what this mindset scored me? Peace, sensibility, self-respect, self-love. Not to mention the amazing friends. And yes, it takes time to even learn to belong where you belong, but with these people, you’re never too late. But with yourself, you’re not late because you’re always with and within yourself, so whenever you decide “Cool!”, it shall be fine. You shall be fine. No two ways about that.

So no, I’m not talking about acceptance as much as about the idea of being okay with your struggles. Acceptance is great, but even defeat can be accepted. Struggling, hurting, changing is inevitable, is beyond you but it filters you of what you do not need. Let parts of you go, even if they feel like they’re your entire identity. They’re not, especially if you’re sensing their need to not be a part of you. Don’t fight yourself, fight for yourself.

I mean, I’m only ten-days-to-19 years old damn it, I’m a growing girl. I can’t let anything come in the way of that growth.

And that’s it. The most honest I’ve ever been on social media is today. God knows I’d never speak of this as well as I could write it. So here it is. And if I don’t say it on my blog, where else will I go?

I never say anything after this but, can we please talk about a) Timothee Chalamet and b) Sufjan Stevens’ music? Leave your opinions in the comments, but also comments on the actual post too, hehe.

Hello! My name is Juilee and I'm a college student. I love fries and rickshaws and this city I live in. Welcome to my blog! View all posts by Lee'sBlog 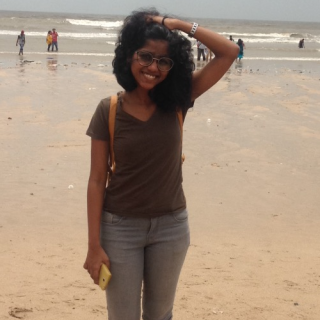 Hello! My name is Juilee and I'm a college student. I love fries and rickshaws and this city I live in. Welcome to my blog!